Upon Reflection: Thanks Boys

The past four months have meant busy days, nights and a whirlwind season of action for our Grade 8 Boys Basketball team. The boys entered Delta Secondary School as eager young ball players from a combination of five local elementary schools. Despite many of them knowing each other or at least knowing of each other through community sports activities and mutual friends, the boys gravitated towards former classmates when they entered the gym back in November.

Upon reflection, I'd like to thank each of the players...

For modeling what it means to be a student athlete.  You walk the hallways with confidence. You have identified yourselves as Pacer basketball players and take pride in representing yourself, your teammates and Delta Secondary with class. Your interactions and support of each other as teammates has contributed to a supportive community and to each other's sense of belonging. 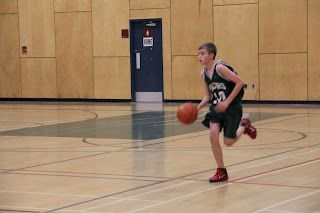 For transforming from 15 individuals into one unit.  Your ability to come together throughout the course of the season is a credit to the teamwork and trust you have placed in each other.  You united around a common purpose and shared a vision for how we would play the game. You were willing to sacrifice for the good of the team and you set aside personal accolades in pursuit of team success. 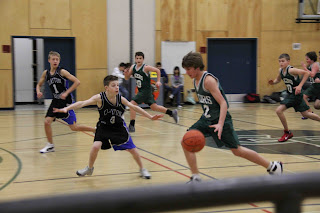 For always embracing the challenge.  As coaches, we challenged you to step up every day, either in practice or in a game.  Not once did you exhibit signs of fear or doubt in your eyes.  Rather, you approached the game with courage and determination. You played the game with grit and tenacity and you always believed that we would be successful.


For demonstrating perseverance and overcoming adversity.  Each of you probably remembers turning the ball over, making an ill-advised pass or missing a shot at a crucial moment in a game.  As teammates, you supported and encouraged each other in these situations and consistently practiced and played hard.

For being resilient and bouncing back from the few tough losses we suffered during the season. You remained positive, optimistic and unwavering in your belief of the team. In moments of defeat, you held your head high and chose to remain proud of what you did achieve instead of what you didn't.

For being risk-takers.  Every practice and every game you put yourself at risk of failure.  You accepted constructive criticism and feedback in order to learn and improve. 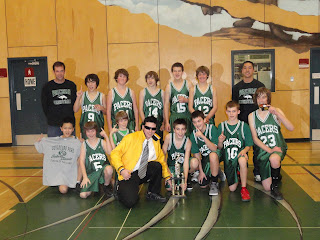 Thanks boys!  See you on the hardcourt!
Posted by Unknown at 11:41 PM