Engaging the Senses in Learning

Students in Ms. Morrison's Psychology 11 class have recently studied a unit on the 'brain'. Students entered the unit of study with various levels of prior knowledge about the brain and its functions, so it was important for students to have opportunities to engage in learning at their own level.  The unit was designed so students would actively engage their senses throughout their learning and decide on how to best demonstrate their learning to an authentic audience . The idea was that 'engaging the senses would engage the learner.'

Students created 'neural cookies', where they were invited to create neurons out of edible bits. 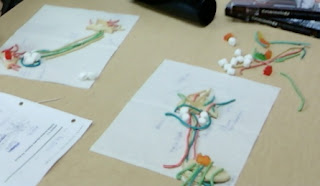 
Students then assessed their own understanding of the brain's lobes, areas and functions by using an interactive online program featuring a drag and drop tool.

Students' interests then shifted to the effects of drugs on the brain.  Students chose a specific drug to research and designed their own way to present their findings in a manner that could be understood by their classmates and other students.  The students seen below researched the effects of heroin on the brain and baked their own 'brain cake' to represent a healthy brain and a heroin-addicted brain. 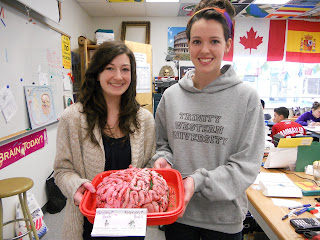 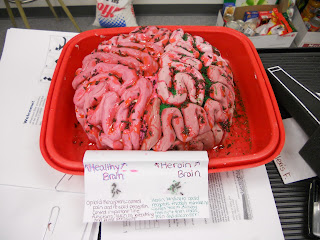 The students also created a Prezi, 'Heroin: Chasing the Dragon" to help educate youth about the dangers of heroin.
These examples demonstrate what students are capable of when allowed the opportunity to be creative, set their own directions and take ownership of their learning. In the video below you can listen to the students reflect on their own learning process.