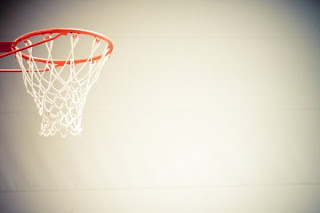 Over the past few months I’ve been fortunate to have had anumber of chance meetings with former students. Whether it was at the mall, a restaurant, the park or a movie theatre, in most cases it was my former students who made it a point to approach me and say hello. Although our conversations were brief, a few things jumped out at me about my former students.

·     They were relaxed, comfortable and spoke with asense of confidence and pride.
·     They were equally as interested in how I was doing as I was interested in how they were doing.
·     They recalled fond memories from a class I taught them in, moments when I had coached them on an athletic team or simply a random act of kindness I may of extended towards them.
·     They expressed their thanks and appreciation.
In particular, a conversation I had with a former Biology 12 student and basketball player of mine stands out. He mentioned how important it was that I believed in him, both in the classroom and as an athlete.  He recalled, at the time, how much he disliked spending so much extra time outside of class time with me as he tackled what he found to be quite a challenging course.  He said with a smile how much he felt he had accomplished by the end of the course and how much he had learned by persevering. He also described how much it meant to him that I had stuck with him and supported him as a player even when he had a sequence of poor performances on the court.  Now in his early 20’s, he said he regularly applies what he learned about patience,commitment and leadership through our conversations. More than anything he expressed how much he appreciated my effort and how valuable his experiences were in helping him become who he is today.
Truthfully, rather than him thanking me, I should be the one thanking him. As teachers, too often we don’t get to hear what our students go on to become and what role we played in them getting there. These kinds of comments serve as powerful reminders of the impact that we, as educators have on the children we work with. Simply put, we are ‘game-changers’ in the lives of our students!
The manner in which we speak, respond and act with our students has a profound and lasting impact. The effort we invest to create meaningful learning opportunities and the passion we bring to our work is clearly evident and demonstrates to our students how much we care about them and their learning.  In everything we do and every decision we make, we have the opportunity to challenge, motivate and inspire our learners.
So, as things get busy at different points in the school year, and you feel yourself getting consumed by day-to-day details, I encourage you to recall conversations similar to this, reflect on WHY you entered into a career working with children and remember that every interaction you have with your students has the potential to be a ‘game-changer’ for them!